The History of GenR8 Change

The History of GenR8 Change

HOW DID GENR8 CHANGE BEGIN?

Taking some key learnings from SEA Change Portland and the evidence available, GenR8 Change - Making the Healthy Choice the Easy Choice - was developed under the following guiding principles; 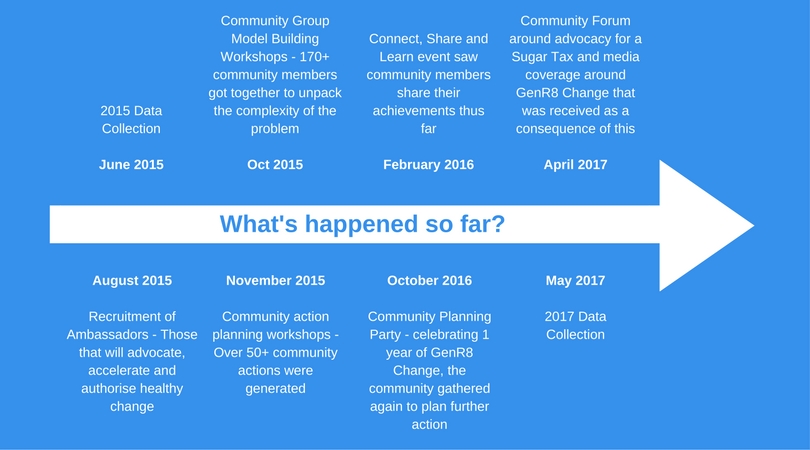 Fantastic changes have been implemented within the Southern Grampians Community since October 2015 -  you can read about these here.